One of the very first things I learned as a brand-new Air Force Academy cadet on day 1 was that in basic training, I was expected to spend more time listening than talking.  I couldn’t talk to my fellow basic cadets at all unless we happened to be in one of a handful of places in which talking was specifically allowed.  When addressing a member of the cadet cadre, unless otherwise asked or directed, I was to use one of the seven basic responses:

“No excuse, sir,” on the other hand, was reserved only to be used as a reply to a question that began with the word “why.”  It was tough to remember to use it because the natural inclination when someone asks a question is to provide an answer.

Cadre: Orr, why do your boots look as though you polished them with a chocolate bar?

Cadre: I SAID WHY!

The cadre may not have cared about the shine on my boots at that moment, and I might even have had a perfectly valid reason for them to look the way they did.  The “why” of his question was never about getting to the root cause of the situation.  It was about getting me to understand that in the military, excuses wouldn’t be tolerated.  If I were going to assimilate into this culture, I had to find a way to unemotionally deal with a no-win situation in which someone was going to yell at me for not being able to fit a 10-minute task into the 5 minutes I had available to me. It wasn’t about teaching me to shine boots.  It was about testing my resilience.

The cadre’s “why” was really a stipulation, not a question.  My boots looked awful and that I was solely to blame regardless of the conditions leading up to that moment.  “No excuse, sir” represented acceptance of my sub-standard performance and a willingness to press on in the face of impossible time constraints.

When you preface a question to one of the people on your team with the word “why” you’re probably making a similar stipulation.  “Why isn’t this task finished?” isn’t so much a question as an accusation.  You probably don’t even want to know the actual reason it’s not done.  What you really want to hear is “No excuse, sir!” followed by actions to rectify the situation.

Here’s the problem; unless you’re testing this person’s ability to suck it up and soldier on like in basic training, you really do care about his impediments to success.  If he truly has 5 minutes to do a 10-minute task, you need to do one of three things: remove 5 minutes of task, add 5 minutes of time or teach him how to be more efficient.

Step one for you as the leader is to get him to talk about the task unemotionally.  The way to do that is to ask open-ended questions to get to the “what” and “how” of the situation.

“How goes the progress on your task?”

“What’s your plan for completing this task on time?”

The bonus is that “what” and “how” put you in a mindset in which you’re more open to receiving the information that comes back.  It starts a conversation in which you’re genuinely receptive to finding a solution versus a one-way “conversation” in which you’ve already made up your mind and now you’re simply issuing punishment in the form of accusatory language.

Unless you want to hear “No excuse, sir!” –and maybe you have a perfectly understandable reason to do just that–leave “why” behind and start the conversation with “what” and “how.”  You’re more likely to find solutions to the problems that are besetting your people, and they’ll be more open in their communications with you. Who am I to coach anyone about that? 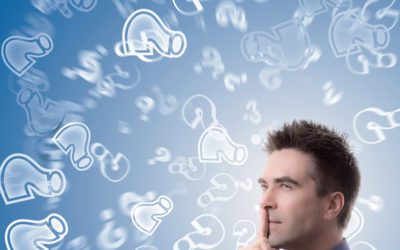